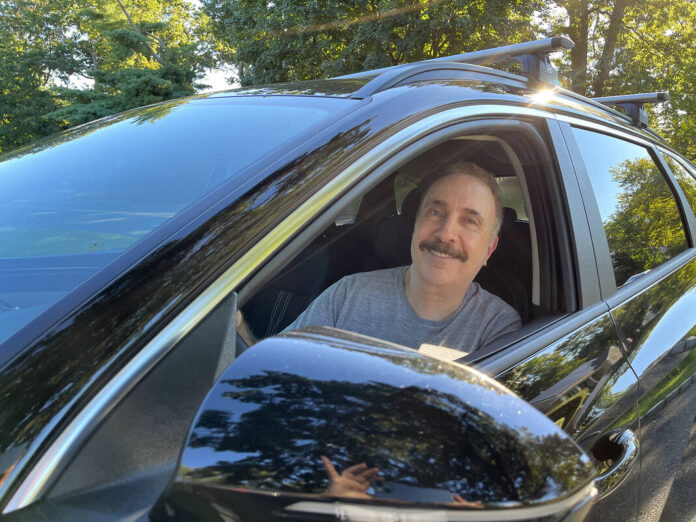 The main difference between my car and me – aside from the alarming fact that my fluids need to be changed twice a night – is that I don’t come with an extended warranty.

But I am expecting to get a phone call about the coverage on my brand-new vehicle any minute now.

That’s because the last time I bought a car, a couple of years ago on a trade-in, I got a call from a warranty salesperson – this is absolutely true – the DAY AFTER I drove the vehicle home.

Here is roughly how the conversation went.

Salesperson: “We’ve been trying to reach you about your car’s extended warranty.”

Salesperson: “What is the make and model of your vehicle?”

Me: “I’ll answer that if you can tell me my name.”

Salesperson: “We are not allowed to give out that information, sir.”

I have been expecting a similar call, scores of which I have received since I got my previous car, now that I have a new set of wheels.

But I am relieved to know I am not the only person whose car warranty is of great concern to the nice, if persistent, folks who care deeply about my car’s longevity.

My wife, Sue, whose vehicle is still under warranty, gets these calls, too.

So do the employees of the car dealership, Hyundai 112 in Medford, New York.

“Isn’t it amazing?” said sales representative James Boyd, a great guy who has helped Sue and me through several automotive transactions. “They call me, too.”

They also call sales manager Austin Malkasian, who said, “I’m surprised there aren’t notes in candy bars about car warranties. I saw a meme showing a guy picking up a bottle that had washed up on a beach. The bottle had a scroll inside saying, ‘We’ve been trying to reach you about your car’s extended warranty.’”

Said business manager Allison Rollero, “I tell them I don’t even have a car.”

General manager Greg Galardi said, “I’m surprised you didn’t get a call 10 minutes before you actually bought the car. That’s probably what it will come to one of these days.”

But that didn’t deter me from trading in my “old” car, which had only 17,000 miles on it, for a vehicle so new that its official release date is next year.

“The car I had before the car I am trading in now had 26,000 miles on it,” I told James. “The mileage gets less every time. Does this mean I’ll get another trade-in deal next month?”

“No,” said James. “But that doesn’t mean you won’t get calls about the new car’s warranty.”

James added that he once got a call from the daughter of an elderly customer who had fallen for the warranty scheme.

“This guy didn’t want to pay a penny extra for anything, but he fell for the scam,” James said. “So now he was paying an extra hundred dollars a month. When his daughter called, I told her that he already had a warranty.”

“No,” James assured me. “But the warranty is for longer than you’ll have the car.”

I thanked James and fellow sales rep Manny Gomez for hooking up the Apple CarPlay, because men are prohibited by federal law from asking for directions, and said I was very happy with my new car.

“I’m glad,” said James. “But don’t be surprised if you get a warranty call while you’re driving home.”