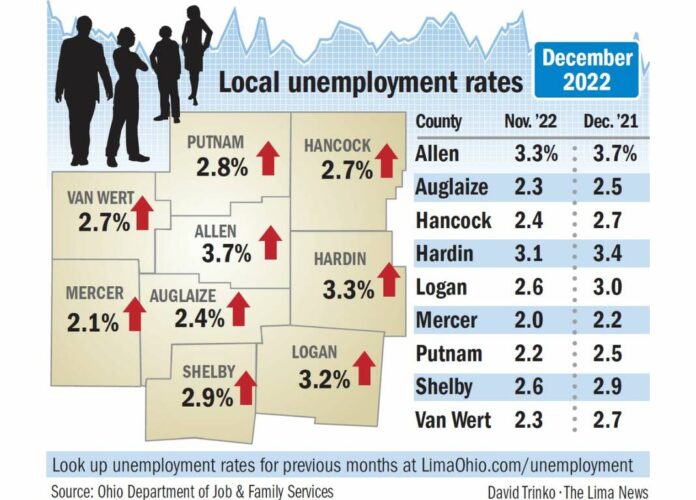 LIMA — Allen County’s unemployment rate increased by 0.3 percentage points to 3.7% in December, according to labor force estimates released Tuesday by the Ohio Department of Job and Family Services and U.S. Bureau of Labor Statistics.

The change in unemployment was due to an increase in jobless claims (+200) and the size of the labor force, which gained 300 people from November to December, meaning more people were working or actively seeking employment.

Nationwide, jobless claims have fallen 0.2 percentage points to 3.5% since October.

But Ohio’s unemployment rate has remained at 4.2% since October — 11th highest in the U.S.