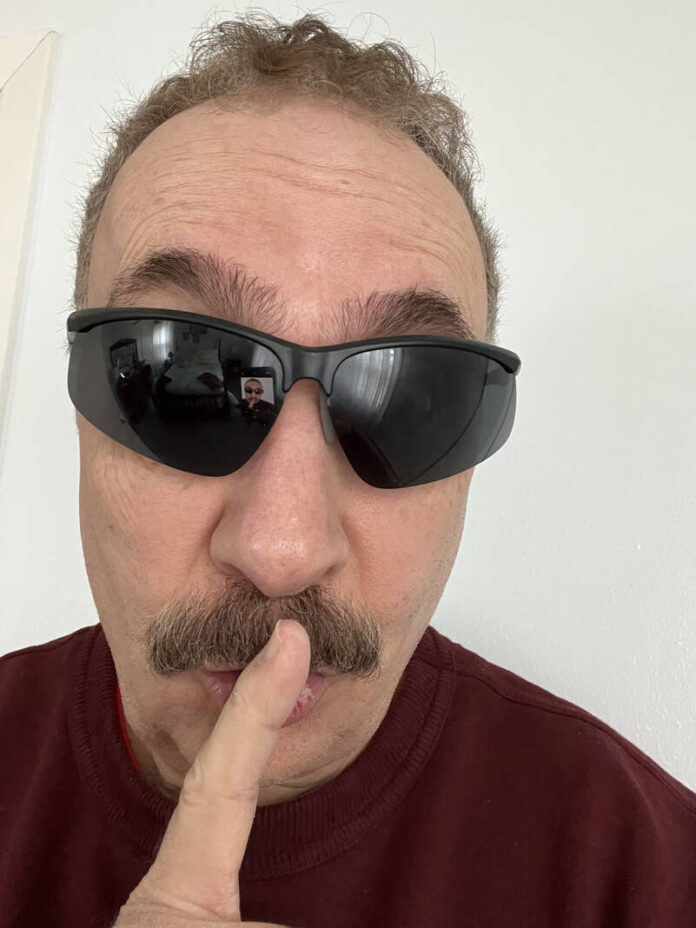 At the risk of plagiarizing Popeye, who is a cartoon character and can’t sue me, I am what I am. I can’t say what I am in polite company, but I can say who I am: a guy nobody should want to be because, on most days, I don’t want to be myself.

But that hasn’t stopped some people — I don’t know who they are — from wanting to be me and trying to accomplish such a dubious feat by stealing my identity.

I may be a mild-mannered reporter for a great metropolitan newspaper, but I don’t have a secret identity for the following reasons:

(a) I can’t fly, which is a good thing because I’m afraid of heights.

(b) I’m not faster than a speeding bullet, except when I’m rushing to the refrigerator for a beer.

(c) I don’t wear tights and a cape. Well, at least not during the week. What I do on weekends is nobody’s business.

My real identity is so pathetic that no one in his right mind should want to steal it. And if the perpetrator is caught, he could avoid conviction by pleading insanity.

Still, I have been the subject of some recent hack attempts on social media by individuals I can only describe as — that’s right! — hacks.

One claiming to be me asked my friends to become his friends, which prompted me to issue the following warning: “I’ve been hacked. Why anybody would want to be me is an enduring mystery. I don’t want to be myself, but it’s too late to do anything about it. Anyway, do not accept a friend request from anyone purporting to be yours truly. Sorry for the inconvenience.”

My sister Elizabeth responded: “I’m anxious to see if the new Jerry Z is going to pay your bills and take care of your yard. In which case stolen identity pays!”

Daniel wrote: “That wasn’t you naked with a bowl of fruit on your head?”

I replied: “I ate the fruit. The rest is true.”

Rick L. wrote: “Can’t imagine you had that many friends to begin with.”

More recently, there was another attempt to bamboozle friends who were already my friends into becoming my friends again. The message read: “Jerry Xezima sent you a friend request.”

I immediately posted this warning: “X marks the spot where I have been hacked by someone claiming to be Jerry Xezima. It’s not me (why anyone would want to be, I don’t know), so please do not accept the friend request.”

This sparked a volley of responses.

Jim: “I think Jerry Zezima has been hacked, or else he’s the new premier of China.”

Dan: “I got that, and one from Jerry Eczema, but I think a cream makes that one go away.”

Robin L.: “That wasn’t you messaging me about my car insurance?”

The worst part of this whole thing has been trying to prove I’m me. That’s what I had to do for the IRS on a website called ID.me, an online identity network that allows people to prove they are who they say they are.

I needed my Social Security card, my driver’s license and my cable bill. Then I had to choose a new password because I forgot my old password, one of approximately 150 passwords I have just so I can prove I am, for better or for worse, Jerry Zezima.

Next I had to go on a video call and be interviewed by a “conference host” who was not, of course, identified. After that, I had to take a selfie for facial recognition.

Finally, I needed a “verification partner.” I chose my wife, Sue, who verified my identity and added, “Believe me, there’s no one else like him.”

Remember that the next time you get a friend request.