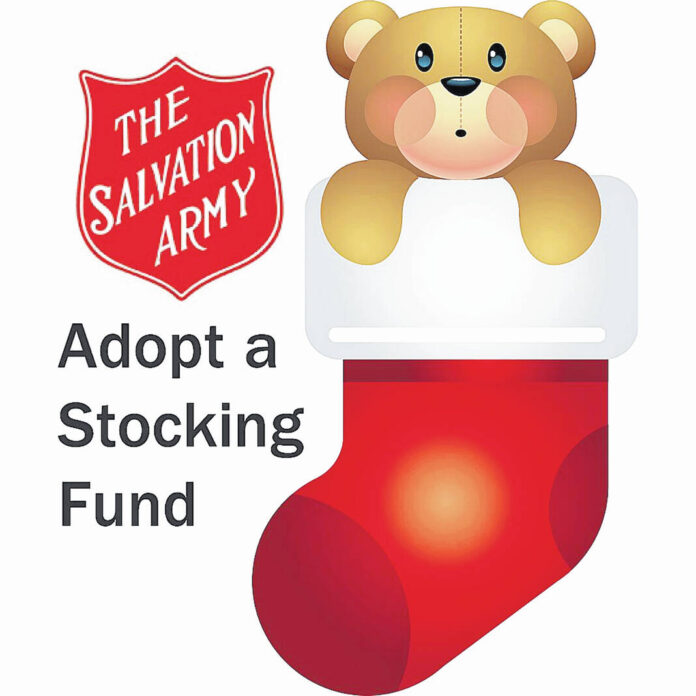 LIMA — Sally has been raising her 2 grandsons, ages 9 and 6, by herself since their father went to prison.

Although she is doing her best to support them with disability checks, her SNAP eligibility was taken away when the boys’ father was allowed to stay with them while on house arrest, awaiting his trial.

“Well, this has been a rough year for me,” she said. “My son went to prison. And he got four years and I got his two youngest grandsons. I have custody of them and I’m raising them by myself.”

Sally and her grandsons’ names have been changed to protect their identities, as have all of the families that will be profiled by The Lima News between Thanksgiving and Christmas Day for the Adopt A Stocking program, which the Salvation Army runs in partnership with The Lima News. And like many of those families, Sally hopes that sharing her story will inspire someone to help with things like food and clothing, as well as other Christmas presents in time for the holiday.

Grandsons Ronnie and Tavell are in need of pants and shirts for school. Ronnie, who is six, wears size 14-16 and his brother Tavell, 9, wears size 16-18.

Sally, who has type 2 diabetes and vertigo said that since SNAP benefits, which are eligible to low-income individuals and families by an electronic card to purchase food as part of the federal nutrition assistance program, were canceled she has been able to use disability checks toward rent and other bills, but that they can only help so much.

“It’s just that I don’t want to get behind on my rent and stuff because you know we need a place to live and everything,” she said. “They need food to live.”

Aside from the basic necessities, Sally said that for Christmas, the list is not long for either child, but that it would be a “great blessing” for them to get something that they want.

“He wants a Nintendo Switch,” she said about one of her grandsons. “You know they cost money. But that’s what he wants for Christmas. And the other one already has an Xbox 360. He just wants some games for that.”

But Sally said they really only want help with basic needs.

“As I said, we want an extra helping hand to make sure my bills and my rent get paid,” she said. “We don’t want anything special.”

Regardless of what help Sally and her family receive this Christmas, though, she is thankful for the generosity of her community.

“I am greatly appreciative of everything the Salvation Army is doing for us and I appreciate them helping me have a good Christmas.”