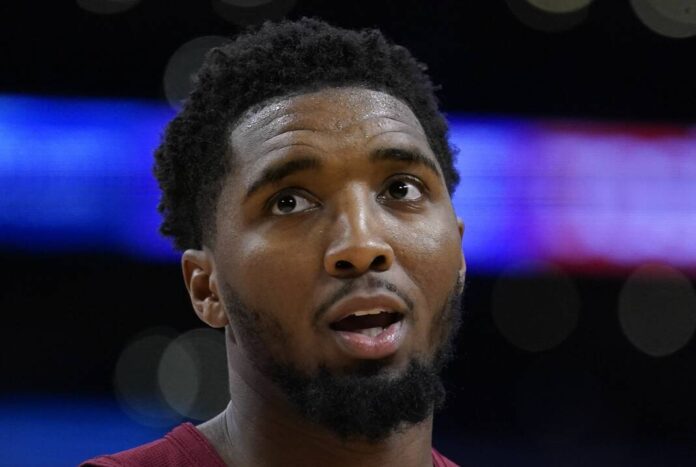 INDEPENDENCE — The Cleveland Cavaliers got some good news on the injury front ahead of their showdown with the Milwaukee Bucks, as All-Star shooting guard Donovan Mitchell practiced Tuesday.

Mitchell, who was held out of Sunday’s loss to the Minnesota Timberwolves because of an ankle strain suffered late Friday night, is officially listed as questionable — even though sources told cleveland.com he is expected to play against the Bucks. Before making an official determination, the Cavs want to see how Mitchell’s ankle responds to not only Tuesday’s increased activity but perhaps the scheduled morning shootaround today at Fiserv Forum as well.

Allen has been ruled out. Wade is doubtful.

Multiple sources said Allen, who has been experiencing ankle soreness for about a week, also has a non-COVID-related illness and did not accompany the team to Milwaukee. It will be Allen’s second straight missed game.

Wade’s sore knee, which flared up during Cleveland’s recent five-game road trip, is also likely to keep him from playing against the Bucks. It would be Wade’s third consecutive absence.

The Cavs have lost four games in a row and are currently fourth in the Eastern Conference. Led by perennial MVP candidate Giannis Antetokounmpo, the Bucks are 10-3 this season, having lost two straight. This will be the first meeting between the two Eastern Conference contenders.

“I think the matchup with Giannis is the start and he kind of drives it,” Cavs coach J.B. Bickerstaff said when asked about the challenge of playing Milwaukee. “His ability to attack, play in full court, handle the ball, handle the ball in pick-and-rolls, set the screens in pick-and-roll and then the spacing they’ve put around him. They’re tough to defend, and then defensively they play with great size. They’re gonna challenge you. But if we execute and we do things properly, we’ll give ourselves a shot.”

With Allen and Wade both sidelined Sunday, Bickerstaff shuffled his rotation, inserting little-used Lamar Stevens into the starting lineup — and he could consider that again Wednesday.

“Every year he finds his way on the floor,” Bickerstaff said of the hard-nosed Stevens. “He deserves the opportunity. It’s early and we’re still trying to figure out lineups and rotations and that type of stuff. Injuries play a part, but he’s a rotational player, and I’ve just gotta figure out a way to get him on the floor.”