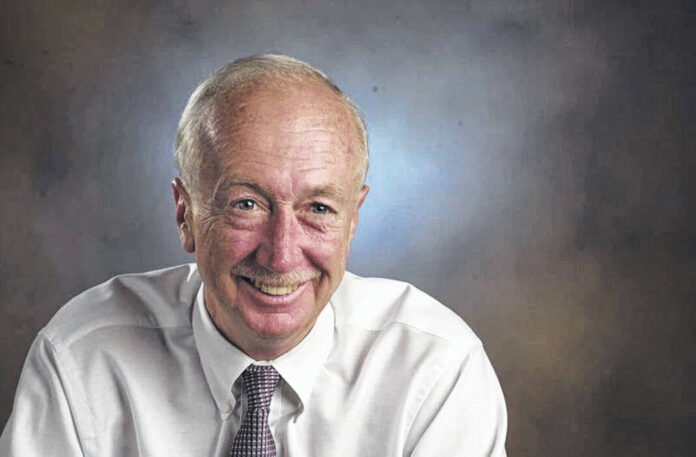 Mike DeWine’s encyclopedic knowledge of government makes him an effective officeholder. After taking nearly 63% of the vote, Ohio’s governor now has a mandate to lead, the opportunity of a lifetime to build on his accomplishments and no longer acquiesce to the extremists in his party.

There’s nothing complicated about DeWine’s success. He is charisma-free, a mediocre speaker and lacks a commanding presence. But there’s a certain humility about DeWine. Voters feel like they know him. And, most importantly, they tend to trust him. No attribute in politics is as important as trust.

Members of the large and loud extremist wing of DeWine’s party will never forgive him for erring on the side of saving lives during the COVID lockdown. Many of them expected DeWine to either lose in this year’s Republican Party primary or escape with such a narrow win he’d find it difficult to survive the general election. How’d that work out for them?

In some ways, DeWine’s win was more impressive than George Voinovich’s massacre of Democrat Rob Burch in the 1994 gubernatorial election. Voinovich was re-elected with 72% of the vote against an opponent who raised no money and barely tried to win. In former Dayton Mayor Nan Whaley, DeWine faced a far more qualified and thoughtful opponent than Burch, one who campaigned tirelessly, but was badly outspent.

NBC News exit pollling showed DeWine capturing the support of 58% of women voters, 62% of independents, 56% of those in union households and 43% of voters who believe abortion should be legal.

Those same voters now have the right to expect more from DeWine. He is one of the few holders of high office in the state (Sen. Sherrod Brown is another) who brings a semblance of normalcy to the job.

Ohio’s legislature is one of the nation’s most extremist and arguably unprincipled. After Tuesday’s election, the Ohio Supreme Court will be controlled by a collection of legal lightweights and political hacks with little regard for the Ohio Constitution. And Secretary of State Frank LaRose’s conversion to a 2020 election doubter and his refusal to disavow former President Donald Trump’s falsehoods make him someone not to be trusted.

Unlike his first term, DeWine should use his bully pulpit to denounce the legislature’s flirtation with extremism on issues related to abortion, guns, school curriculum and whatever other madness legislative leaders concoct to harm Ohio’s reputation.

DeWine will most likely never again seek elected office. Nevertheless, there is reason to be concerned he will do little or nothing to rein in the crazies in his party.

On the final night of his final campaign, the governor took a deep dive into the sewer of American politics with an appearance at Trump’s festival of lies, hatred and racism at Dayton International Airport. Knowing full well a second-term victory over Whaley was assured, DeWine’s presence at the Trump rally was both classless and worrisome. It displayed a lack of respect for the many millions of decent Ohioans offended by Trump’s ongoing attempts to undermine a basic tenet of American democracy and his incitement of a violent invasion of the U.S. Capitol on Jan. 6, 2021.

Yet instead of snubbing Trump, the governor, Lt. Gov. Jon Husted and other Republican candidates stood nearby for Trump’s meandering rant of self-pity, which included referring to House Speaker Nancy Pelosi as an “animal,” a tactic straight from the Nazi playbook of describing Jews as less than human.

Shame on DeWine and the rest of Ohio’s Republican hierarchy for abandoning any sense of decency and common sense by supporting this reprobate in his determination to drag the entire nation down a road to ruin. Are they oblivious to the alarming number of Americans on the far right who condone or encourage political violence? Or do they simply not care?

Again, DeWine has many fine qualities. But holes in his judgment sometimes make him resemble a Tammany Hall ward boss who bends rules to reward friends and isn’t afraid to play dirty. His dealings with Trump have been complicated, with the governor showing the occasional decency of distancing himself and even offering gentle criticism.

Prior to that election-eve rally, DeWine said he wanted to attend Trump’s nauseating spectacle as a show of support for J.D. Vance, the Republican Party’s wretched and unlikable candidate for U.S. Senate, who defeated Democratic Rep. Tim Ryan in Tuesday’s election. Days before, at a campaign event in southern Ohio, DeWine said of Vance, “He’s one of us.”

Speak for yourself, governor.

Anyone who urges people to donate money to support the Jan. 6 terrorists, some of whom wanted to murder Pelosi and hang Vice President Mike Pence, is not “one of us.” Anyone who defends Alex Jones — who described as fake the 2012 massacre of 20 young children at Sandy Hook Elementary School — is not “one of us.” Neither is anyone who claims, ” I really don’t care what happens to Ukraine one way or another.”

These are dark days indeed for Democrats in Ohio. The state has been bright red for four consecutive election cycles. The Ohio Democratic Party proved utterly inept at turning out voters.

In 2024, Sen. Brown will be high on the GOP’s political hit list. In two of his three wins for the U.S. Senate, Brown has run with strong winds at his back. While making political calculations two years out is filled with guesswork, chances are greater than not that Brown will face a difficult re-election.

The night after the Nov. 8 election, I moderated a discussion with former Gov. Richard Celeste at the Rock and Roll Hall of Fame. Celeste, a former Rhodes scholar, governor, Peace Corps director, ambassador to India and the most skilled campaigner to seek high Ohio office in at least 60 years, has written an autobiography entitled, “In the Heart of It All.”

Of the last four Democratic Ohio governors, only Celeste was able to win a second term. When I asked if he could win in today’s Ohio, Celeste answered instantly, “Yes. I would take apart these bozos who call themselves public servants but are really in it for themselves. I’m saddened because I don’t think the Democratic Party has done its job across the state. There are swing voters here and they are the people we have to reach. I think I could reach them.”

It sounded like wishful thinking. History warns us not to doubt him.