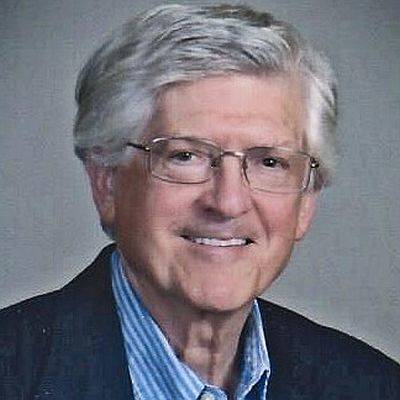 “God is dead! God remains dead! And we have killed him.” So wrote German philosopher Friedrich Nietzsche in the late 19th century; he added that the earth-shaking news had not yet arrived but was on its way.

In the six decades that followed, which included two world wars, Nietzsche’s pronouncement reached a growing number of readers. Lloyd Steffens, a professor of religious studies, writes in the recent issue of “The Christian Century” that the eye-catching and provocative death-of-God subject aroused wide public discussion during the turbulent 1960s, causing “enormous commotion in Christian theological and ecclesiastical circles.”

His article, “Is God still dead,” comments on several theologians such as Thomas J.J. Altizer and William Hamilton who argued that the movement reflected a humanistic “celebration of the secular” that dispensed with “the God of ultimate and radical transcendence” that answered prayers and solved human problems. How could it be otherwise, asked Jewish theologian Richard Rubenstein (at a University of Toledo lecture I attended in the late ‘60s) when Auschwitz and other death camps were such brutally murderous facts of mid-20th century life? As Steffens asks, where had the problem-solver God with whom millions had a personal relationship been?

It was an Anglican bishop, John T. Robinson, who penned the most widely read book in the death of God movement. His “Honest to God” spoke frankly of the end of theism that many of us elders were taught in church and Sunday school, and the end too of the centuries-old three-story universe consisting of earth in the center, with heaven above, and an underworld below. For those who continued to hold on to that story, modern telescopes seeing billions of years back in time made that cosmology illusory.

The “death of God” movement brought forth a variety of interpretations: 1. There is no God, and there never has been. 2. The vengeful God of the Old Testament has died. 3. Our idea of God is in need of reformulation: it means not acceptance of an ancient confession but, rather, commitment to fellow human beings. 4. It is inappropriate to speak of God in human terms.

The cover of TIME magazine on April 18, 1966, appeared to suggest the latter. In bold red against a black background, without a photo or illustration, were three arresting words: Is God Dead? What was occupying the minds of radical theologians spread into the wider public, as several other magazines picked up the story. Evangelicals boiled over the coverage, while humanists, secularists and quasi-atheists celebrated it. The rebellion against cultural authorities that marked the 1960s now included transformations in religion.

The matter died down for a time, but its impact continued. Weekly church attendance in America has declined markedly (though unevenly) since then. So has God-talk. Time was when it formed part of general conversation; but outside of church meetings the word has virtually disappeared except when taken in vain. Or it’s factored into our cultural wars and tied into Christian nationalism: Candidates pursue votes proclaiming themselves to be “pro-God, pro-guns, pro-Trump” as if it’s their religion.

But the larger context of declining religiosity, God-talk and church attendance has roots reaching back to the age of the Enlightenment, the rise of science, psychology, biology and evolution as dominant realities in our lives. Many intuit a personal relationship with God, a higher power who provides guidance for believers. The gospel calls us to love God and to love your neighbor as yourself – a powerful ethical dimension of belief. The difficulty comes in subduing self-interest and actually doing godly things.

When we think of God as a concept, however, it can be rewarding to follow the constructive imagination of Harvard theologian Gordon Kaufman. In his book “In the Beginning – Creativity,” Kaufman conceives God to be the mystery of creativity: “In the beginning was creativity, and the creativity was with God, and the creativity was God. All things came into being through the mystery of creativity; apart from creativity nothing would have come into being.” It is that which calls forth “emotions of gratitude, love, peace, fear, and hope, and a sense of the profound meaningfulness of human existence in the world.”

And always the question: Are we up to the task of following godly values in a secular, post-Christian world?

Ron Lora, a native of Bluffton, is professor emeritus of history at the University of Toledo. Contact him at [email protected] His column does not necessarily reflect the opinion of The Lima News editorial board or AIM Media, owner of the newspaper.