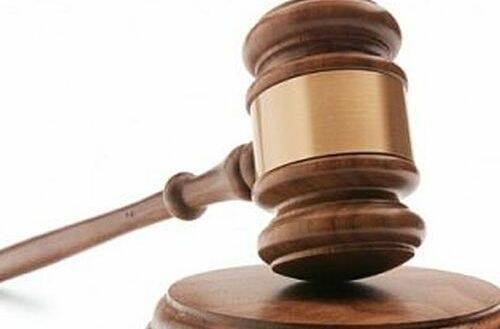 COLUMBUS — Voters will soon have the chance to determine the future makeup of the Ohio Supreme Court, as three seats on the seven-person court are up for election in what will be the first year candidates will have their party affiliation listed on the ballot.

The change comes four months after the U.S. Supreme Court overturned Roe v. Wade, one of several contentious issues the Ohio Supreme Court will likely be asked to weigh in on in future years as state lawmakers consider abortion restrictions.

Jennifer Brunner: Brunner, a Democrat, was first elected to the Ohio Supreme Court in 2020.

She spent six years as an appeals court judge in Franklin County and five years as Franklin County Common Pleas Court judge prior to joining the state’s highest court. She became Ohio’s first woman elected secretary of state in 2006.

Brunner, who has pledged to not accept campaign contributions from public utilities after the House Bill 6 corruption scandal, describes herself as a “steadfast defender of judicial independence.”

She has supported efforts to make courts more accessible through remote hearings, ensure transgender individuals have access to legal records that reflect their gender identity and “root out systemic racism” in the justice system through initiatives like bail reform, criminal sentencing databases and conviction reform, according to her campaign website.

“When democratic rule of law works well, there is safety, predictability and sometimes an environment where people can pursue happiness and imagine and write their own future stories,” she told the Ohio Bar Association. “The courts are at the center of this, and attorneys help make the rule of law work in this environment. I am dedicated to a healthy rule of law that gains the respect of those who have consented to be governed.”

Sharon Kennedy: Kennedy, a Republican, was first elected to the state’s high court in 2012.

Kennedy started her career as an officer for the Hamilton Police Department, later transitioning to a legal career that included 12 years as a judge and administrative judge for the Butler County Common Pleas Court.

Kennedy, who also supports efforts to expand virtual hearings, describes her judicial philosophy as one of judicial restraint.

“Courts have the power to declare laws unconstitutional and review the actions of the other branches of government and administrative agencies and determine whether their actions are consistent with constitutional authority … But the courts do not have the authority to enact legislation or order the General Assembly to enact specific legislation,” Kennedy told the Ohio Bar Association.

“And the courts, while having the contempt power, do not have the enforcement powers bestowed upon the executive branch.”

The governor will appoint a replacement justice to succeed the winner of the chief justice race.

Pat DeWine: DeWine, a Republican and the incumbent justice, is in his first term as a Supreme Court justice.

The former appellate court judge, who spent four years on the First District Court of Appeals and four years as a common pleas court judge in Hamilton County, describes his judicial philosophy as one of interpreting, not making the law.

“I share the view that judges are not given a broad commission to solve society’s problems as they see them, but rather to decide cases before them according to the rule of law,” he told the Bar.

Marilyn Zayas: Zayas, a Democrat, has been an appellate judge for the First District Court of Appeals since 2016, becoming the first Latina justice elected to serve on an appellate court in Ohio.

Zayas has already sat on the Supreme Court as a visiting judge in 2018.

“You can trust that I will faithfully apply the law and our constitution equally to all, independent of outside influences and politics,” Zayas said on her campaign website.

Zayas has expressed support for reform efforts like the court’s sentencing database and bail reform.

“The independence and integrity of the judicial system are essential for courts to serve as a safeguard of our constitutional rights and privileges, to prevent executive and legislative encroachment upon our rights, and to ensure equal protection for all,” she told the Bar in response to the court’s role in the political process.

Pat Fischer: Fischer, a Republican and incumbent justice, is in his first term on the Supreme Court after serving six years as an appellate court judge for the First District Court of Appeals.

“The courts should apply the law, if constitutionality is not at issue, as written to the facts of the case,” he told the Bar. “The courts must remain a separate branch of government, leaving legislating to the legislature and execution to the executive.”

Terri Jamison: Jamison, a Democrat, has been an appellate judge for the Tenth District Court of Appeals since 2021. She spent seven years as a common pleas court judge in Franklin County before joining the Tenth District.

Jamison described her judicial philosophy as one focused on the original intent of the law and the facts of the case.

“It is my philosophy that a judge should not be swayed by public opinion nor campaign contributions,” Jamison said on her campaign website, noting that the courts should consider the unintended consequences of legislation.

When it comes to the court’s role in politics, Jamison told the Bar that “the courts must remain above the political fray” and that “courts must never be viewed as partisan entities willing to tilt the scales of justice toward a political party.”