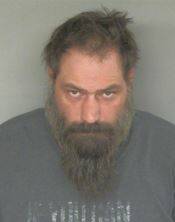 Chilcoat is being held at the Mercer County Jail and bond has not yet been set. Investigation into the charges is ongoing.