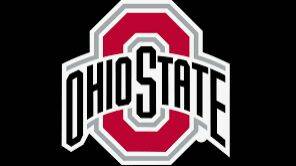 The Buckeyes weren’t real sharp on offense but the defense was dialed in, forcing the Bobcats into 33 turnovers they turned into 41 points. In the first half, Ohio made 1 of 11 from 3-point range and shot 36%, falling behind 43-22.

“Our defense is the backbone of our game,” Sheldon said. “Good defense leads to offense. Just having emphasis on that every night no matter who we’re playing is important. Nobody had a great shooting night.”

Rebeka Mikulasikova scored 11 points and Madison Green had 10 for the Buckeyes (3-0), who face McNeese State on Sunday in the first of three home games before a trip to Louisville at the end of the month.

“I thought we got good shots, we just didn’t make them,” Ohio State coach Kevin McGuff said. “I’m not a coach that over scrutinizes every shot but if you’re going to take the amount of shots some people are taking, you have take responsibility to make them. Especially when it’s people who are capable.”

Mikulasikova had two baskets and Mikesell five points in an 11-0 run in the second quarter that helped pushing the lead beyond 20.

“We played hard, I’m not so sure we got better. Whether we’re playing a game or practicing, this time of year it’s always about getting better,” McGuff said. “Tonight we were just not efficient on offense. To our kids credit, any missed shots did not affect the effort on defense and our full-court pressure. I was proud of that.”

Scalia was the first to reach 10 points, doing so in the first quarter to help Indiana lead 28-10. Yarden Garzon reached 11 points with 4:02 left in the fourth quarter as Indiana put six players in double figures for the first time since 2016.

Mackenzie Holmes had 16 points and eight rebounds and Grace Berger added 14 points and six assists for Indiana (4-0), which plays Quinnipiac on Sunday. Sydney Parrish, a transfer from Oregon, had her first double-double for Indiana with 11 points and 10 rebounds, and Chloe Moore-McNeil added 10 points.

Indiana had a 21-2 run in the first quarter and led 49-21 at halftime. The Hoosiers shot 58% from the floor and outrebounded the Falcons 30-12 by halftime.

Bath picks up win over Paulding