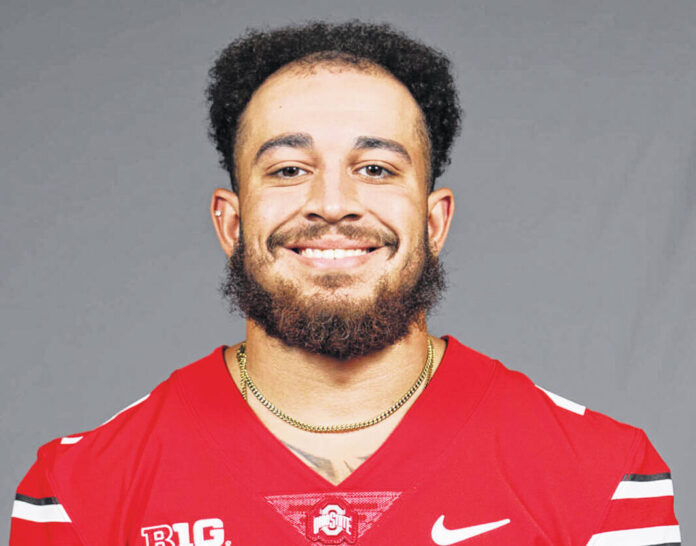 Brandon Baker, a 4-star offensive lineman from Santa Ana, Calif. Mater Dei High School, ranked the No. 80 recruit nationally in the 2024 class, has received an offer from Ohio State. In addition to OSU, he has offers from Florida, Miami, USC, Oregon, Oklahoma, Michigan and Penn State. He has 19 offers overall.

Kam Pringle, a 4-star offensive tackle from Woodland High School in Dorchester, S.C. in the 2024 recruiting class, has put OSU in his top 10, along with North Carolina State, Virginia, Tennessee, LSU, Florida, South Carolina, Georgia, Clemson and Auburn. He has 21 offers overall.

“Fastest kid on our team.”

1. How many football conference championships has Rutgers won?

2. How many buildings on Ohio State’s campus are named for football coaches?

3. Who is the last Ohio State football player to also play basketball for OSU?

4. Who was the first Ohio State quarterback to pass for more than 3,000 yards in a season?