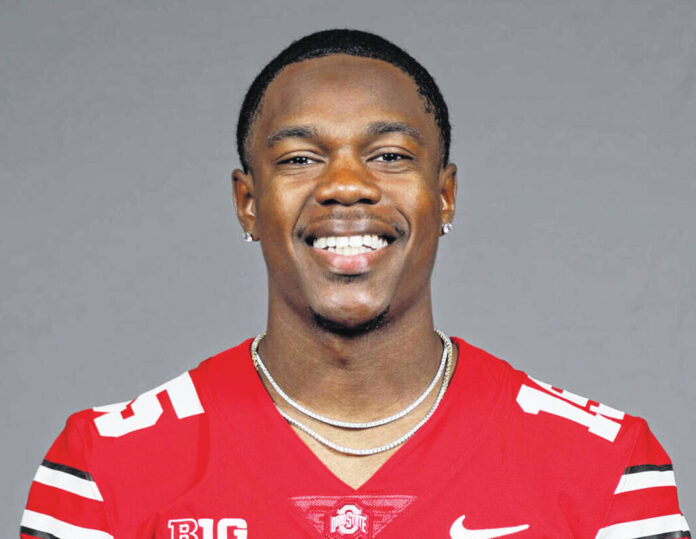 COLUMBUS – With four years of experience playing for newly hired Ohio State defensive coordinator Jim Knowles at Oklahoma State, Tanner McCalister answered a lot of questions from his new teammates after he transferred to OSU.

He answered them on and off the field. Day and night. OSU coach Ryan Day said it was like having a coach on the field.

He guided his teammates through the intricacies of Knowles’ defense so well that some people might have forgotten he was first of all a talented defensive back.

The fifth-year safety reminded anyone watching Ohio State’s 52-21 win over Wisconsin last Saturday of that by making two big plays.

His pass interception on Wisconsin’s first possession in that game was one of them. The other was batting down a pass that looked like it was destined to be a touchdown just before halftime.

But even then, there was mentoring to be done when he helped young OSU cornerbacks Jyaire Brown and J.K. Johnson get ready for their first starts because starters Cam Brown and Denzel Burke were injured.

“I remember how it was when I had my first start my sophomore year at Oklahoma State. So I kind of knew some of the thoughts that were going through his head. So I went up to him and told him, ‘You don’t have to do anything special. You just have to do your job,’.” McCalister said about Jyaire Brown.

“Sometimes when you’re young you think, ‘Oh, it’s all on me.’ But you’ve got 10 other guys on the field who’ve got your back. You just have to go out there and do your one job. I told him that exactly. I told him, ‘Man, you don’t have to do anything special. Just go do your job.’ Both of them (Brown and Johnson) shook their heads and were ready to go. They stepped up big time,” he said.

“He (Jyaire Brown) is not afraid to go against the best. You see him in practice against Marvin (Harrison Jr.), Jaxon (Smith-Njigba) or Emeka (Egbuka) and he is not afraid to step out there even though he is a freshman. He’s like, ‘I want Marvin. I want Jaxon.’

“You could tell early on he was very confident. That’s why the coaches like him, that’s why we like him. On the field, I was like, ‘Hey, Jaiyre you’ve got this, this and that,’ and he’s like, ‘All right, I got you.’ There is no panic. He was very poised.”

Ohio State coach Ryan Day is very selective about taking transfers. He said McCalister was a good fit for OSU on and off the field at his weekly press conference on Tuesday.

“We watched film on him but we also took a lot of recommendations from Jim because obviously he knew him very well. We knew there was going to be some production. And having a veteran guy back there was going to be critically important as we went through the transition to a three-safety system.

“You kind of add all those things up it made sense for us. But it was also who Tanner is as a person. You don’t just walk into this environment and demand respect. You have to earn it. He has done that and he did it in a short period of time. He really helped the guys learn the system. You can see his ability. He made two huge plays in the game Saturday night in a big spot,” he said.