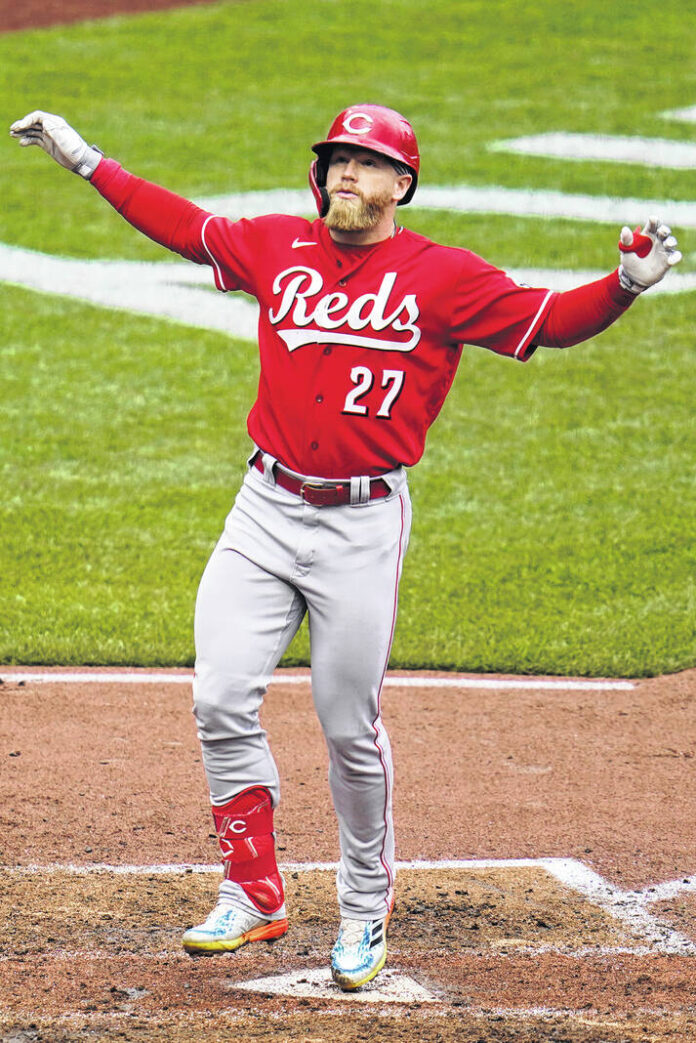 PITTSBURGH (AP) — Kevin Newman hit a winning single in the 10th inning, and the Pittsburgh Pirates rebounded from a blown three-run lead in the ninth to beat Cincinnati 4-3 on Wednesday and send the Reds to their 96th loss, their most since 2015.

“In that situation, I just take a deep breath, go pitch to pitch and try to get a good pitch to hit,” Newman said. “It’s always special anytime to come through. For my teammates, for the crowd, the organization just to end the game on a walk-off is awesome.”

“It’s tough to come in here and lose the series against the Pirates,” Farmer said. “I think it’s a series we should have won.”

Wilson threw 90 pitches and said he still felt strong and would have gladly gone out for the ninth inning.

“I felt like I didn’t have a ton of high-stress pitches — in the eighth a little bit — but I felt good,” Wilson said. “I asked (to pitch the ninth) but it was shut down pretty quickly.”

“In hindsight you can second-guess everything,” Shelton said. “But in terms of why we made the decision and the thought process was, we’re going to stick to our process. I’m more excited that Bryse threw the ball as well as he did for eight innings and was able to execute pitches. That was the thing that I’ll take away from his outing.”

Luis Cessa gave up three runs and six hits in six innings in his 200th career game and 28th start. He is 1-3 with a 4.03 in eight starts since being moved from the bullpen and would like to stay in the rotation in 2023.

“My arm feels great. My body feels great,” Cessa said. “I feel good mentally. In the offseason, I’m going to prepare to be a starter. That way it will also be easier if I get moved to the bullpen.”

Miguel Andújar had an RBI double in the first and has five RBIs in three games since the Pirates claimed him off waivers from the New York Yankees. Oneil Cruz hit a two-run double in the second.

Reds: OF Mike Siani got the day off after being shaken up Tuesday night while trying to make a diving catch and leaving the game.