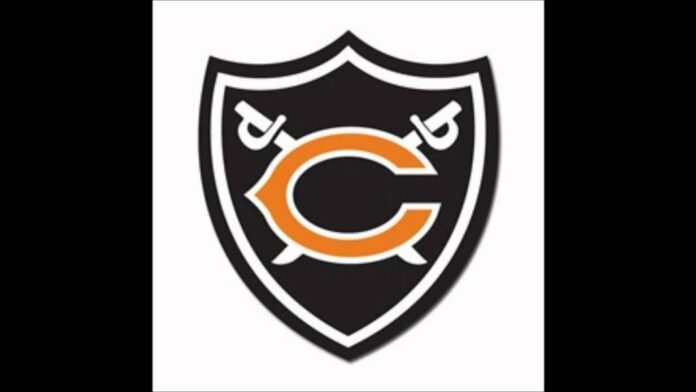 Harlamert coached state champion baseball teams at Coldwater in 2014 and 2019 and state runner-up teams in 2004 and 2018. He played for the Cavaliers when they won state baseball championships in 1987 and 1990.

Harlamert became the University of Dayton’s first scholarship baseball player after graduating from Coldwater in 1990.

His name appears in UD’s record book of career and season leaders 16 times, including ranking second in career home runs with 38. He finished his college career with a .318 batting average.

Elida got singles wins from Ava Long, Bri smith and Ellen Troyer and doubles wins from the teams of Taylor Crates and Emma Stauffer and the duo of Cheyenne Pack and Cara Pack.

ADA — The Ohio Northern women’s cross country team is ranked No. 33 nationally in the second of eight weekly USTFCCCA polls, which was released on Wednesday.

The Polar Bears (33-1 overall) received 40 points in the poll and moved down one spot from the Week 1 poll. The team was ranked No. 33 in the preseason poll.

SUNY Geneseo remains No. 1 in the poll with 350 points and all 10 first-place votes. Wartburg (Iowa) is second with 340 points, and two-time defending national champion Johns Hopkins (Md.) is third with 325 points.

GRANVILLE — The Ohio Northern women’s soccer team earned its fourth win of the season Wednesday, scoring a 3-0 victory over Denison at Barclay-Thomsen Field.

Beckett scored the game’s first goal, heading the ball into the back of the net in the 33rd minute off an assist from sophomore Emma Bowman (Novi, Mich./Northville).

That marked Beckett’s team-high fourth goal of the season and Bowman’s team-best third assist of the year.

LIMA — The Ohio Northern men’s tennis team dropped a tight 5-4 to Cedarville on Wednesday indoors at the Westwood Tennis and Fitness Center.

LIMA — The Ohio Northern men’s tennis team dropped a tight 5-4 to Cedarville on Wednesday indoors at the Westwood Tennis and Fitness Center.

The Polar Bears 1-0 overall, while the Yellow Jackets are 1-1.