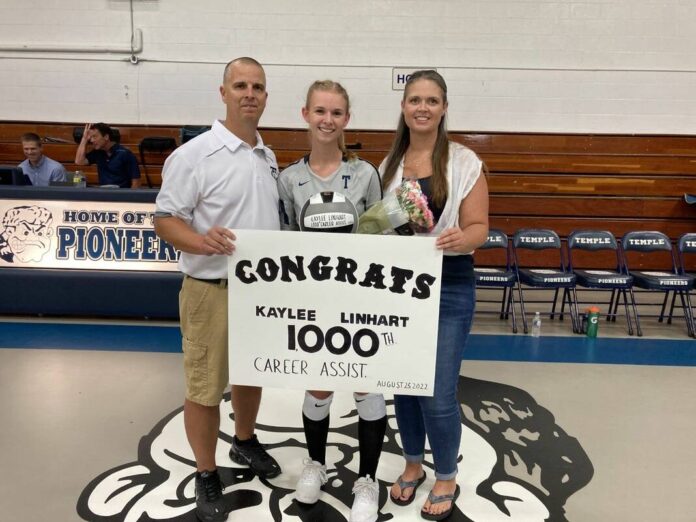 Co-medalists Ben Giere and Keegan Bruggeman (40 each) and Keaton Bruns (41) led the way for Coldwater at the Mercer County Elks. Hayden Beougher and Nathan Overman each shot 43 also for the Cavaliers. Isaac LeFevre led Fort Recovery witrh a 41.

No Minster individual scores were reported.

MIDDLE POINT — No other information was reported about this match by deadline.

Rhenn Armey had two goals. Braxton Stegbauer had a goal and Konnor Knipp made eight saves also for the Pirates.

Wyatt Chapman had two goals. Quinn Holtzapple and Vincent Holtzapple had one assist each and Cayden Ballweg made three saves in goal also for the Roughriders.

Gavin Morman had a goal off a Carson Kimmel assist for O-G. Teammate Dave Westrick made five saves.

KENTON — Connor Defibaugh had four goals. Colby Quay had a single tally and an assist and Seth Manns, Parker Rarey, Aidan Wood and Jayson Dyer each had an assist. MJ Courson got the shutout in goal.

Carter Conley had two goals, Logan Jolliff had a goal and an assist, Nathan Williams had an assist and Colton Long had eight saves for Ada.

No other information was reported about this match by deadline.

Ava Hershey had a goal and an assist, Sara Burnett had a tally and Kierstin Jackson had an assist for DSJ.

Grace Freiberger had 16 digs and eight aces, Kelly Cooper had 11 kills, Sydney Burris had seven kills and Addie Maxwell had 18 assists for Shawnee. Claire Armentrout had 10 kills and eight assists and Claire Foust had eight kills, 10 digs and six blocks for Bath.

Jaylen Sautter had 6 kills and 13 blocks. Chloe Buckley had 11 digs and four aces and Sage Clement had 13 assists for Grove.