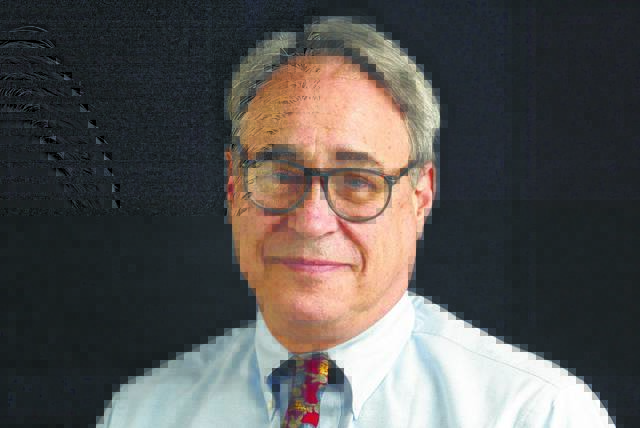 Public trust in the Supreme Court has dropped sharply, a Gallup poll found this fall. It’s hardly surprising, given an array of recent factors involving the justices, their opinions and supporters.

They include the political power plays that helped transform the court’s ideological makeup from balanced to conservative, a controversial decision reversing a historic ruling, an embarrassing leak, the misleading testimony of two justices and the political activity of a justice’s wife.

As a result, for the first time in 50 years, more Americans disapprove of the high court than approve of it.

Invoking their Senate majority, McConnell and GOP Judiciary Committee members vowed to withhold action on any nominee by the retiring Democratic president.

Obama nominated Merrick Garland, a well-regarded moderate appeals judge, but McConnell refused to consider him. Garland would have given Democratic appointees their first court majority in 45 years.

Conservative concerns over that prospect helped Donald Trump score his unexpected victory against Hillary Clinton. Many religious conservatives cool to Trump voted for him to keep the vacant seat in conservative hands.

Once inaugurated, he nominated conservative Appeals Judge Neil Gorsuch for the vacancy. Initially, Democrats seemed likely to block him, since 60 Senate votes were needed for confirmation. The GOP only had 52.

But Republicans, citing the November 2013 decision by Senate Democrats ending the 60-vote requirement for federal appeals and district judges, extended that to the Supreme Court, ensuring they could confirm Gorsuch without any Democrats. He was confirmed 54-45, as three Democrats joined 51 Republicans.

That maintained the court’s 5-4 conservative majority, but it depended on Justice Anthony Kennedy, a GOP nominee who sometimes voted with the liberals.

In 2018, the White House persuaded Kennedy to retire and nominated Appeals Judge Brett Kavanaugh, his one-time clerk. He was confirmed after highly contentious hearings, 50-48-1, solidifying the conservative majority.

The decisive change occurred when liberal stalwart Ruth Bader Ginsburg died in September 2020, two months before the presidential election. Suffering from cancer, she refused to retire while Obama was president and hoped to hold on until another Democrat was elected.

Her impact was evident in last June’s ruling overturning the landmark 1973 Roe v. Wade decision that legalized abortions, a decision that polls show most Americans oppose. Chief Justice John Roberts tried to broker a compromise. But the other five conservatives resisted, including Gorsuch and Kavanaugh, who had told senators they considered the 1973 ruling settled “precedent.”

Two months earlier, a political storm erupted when Politico published the court’s draft opinion by Justice Samuel Alito reversing Roe v. Wade. The court is investigating the leak but has not yet reported any findings.

Politically, the decision, which conservative Republicans long advocated, backfired. Exit polls indicated it played a role in the GOP’s poorer-than-expected showing in the 2022 midterm elections.

More recently, reports surfaced of another apparent leak. A longtime abortion foe, the Rev. Rob Schenk, said leaders of the conservative company Hobby Lobby learned from Alito in 2014 that they had won a case involving contraception and religious rights weeks before the court issued it. Alito denied it, and a court attorney said “there is nothing to suggest that Justice Alito’s actions violated ethics standards.”

Meanwhile, some critics feel Ginni Thomas, the wife of Justice Clarence Thomas, compromised the court’s independent standing by her openly political role in Trump’s effort to reverse the 2020 election. An email uncovered by the House Jan. 6 committee said Trump backers saw Justice Thomas as “our only chance to get a favorable opinion” before the election was certified.

While improper, none of this is illegal. Unlike other federal courts, the Supreme Court is not bound by specific ethics rules. Also, unlike most government officials, justices have lifetime appointments and can only be removed by impeachment. None ever has.

Still, the recent controversies have taken a toll.

The September Gallup poll showed fewer than half of those sampled said they had a “great deal” or a “fair amount” of confidence in the federal government’s judicial branch including the Supreme Court, a drop of 20 percentage points in two years. Approval stood at an all-time low of 40%, with disapproval at 59%.

More than a century ago, the humorist Finley Peter Dunne’s fictional character Mr. Dooley noted that “no matter whether the constitution follows the flag or not, the Supreme Court follows the election returns.” But there is no sign that’s happening these days.

Liberal calls to add justices are a political nonstarter, so it may take the departure of one or two conservatives during a Democratic administration to restore better balance. The oldest current justices are conservatives Thomas, 74, and Alito, 72.

But neither shows any sign of leaving, so recognition of the need for the judicial restraint that conservatives always tout might be the only way the court could restore some of its lost public standing.

David Trinko: How to tell you’re the favorite child

Holy Cow! History: When America was terrified of ketchup