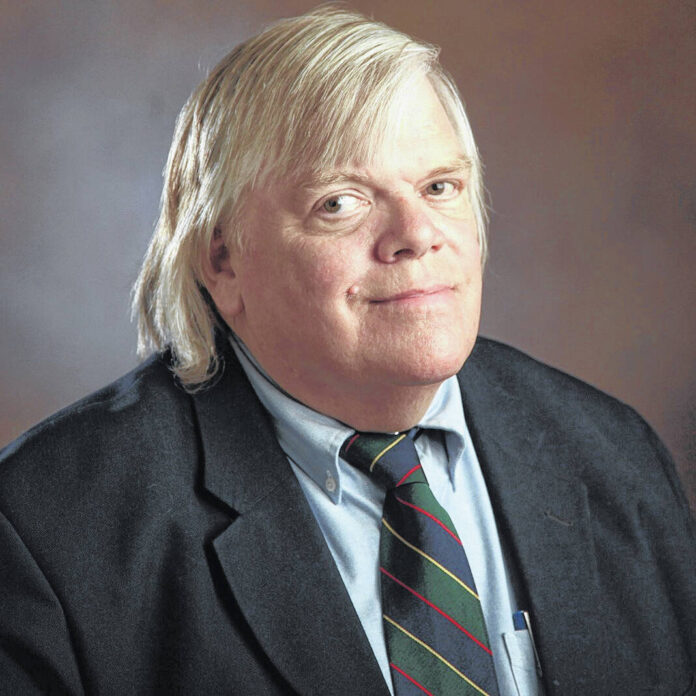 A shout-out and a standing ovation for eight Ohio members of the U.S. House, including four Ohio Republicans, who stood up to protect same-sex and interracial marriage.

On July 19, by a vote of 267-157 — with 220 Democrats and 47 Republicans voting “yes” — the House passed and sent to the Senate the Respect for Marriage bill. Its Senate prospects are uncertain, but Sen. Rob Portman, a Terrace Park Republican, will co-sponsor the measure there.

The bill (H.R. 8404) would require states to recognize marriages between two individuals without regard to the partners’ sex, race, ethnicity or national origin.

Ohio’s remaining eight U.S. House Republicans voted “no,” notably if predictably including U.S. Rep. Jim Jordan, of Urbana, who is to microphones what iron filings are to magnets.

Besides Jordan, the other U.S. House Republicans from Ohio voting against the Respect for Marriage bill were Reps. Troy Balderson of Zanesville, whose district includes part of suburban Columbus; Steve Chabot and Brad Wenstrup, both of Cincinnati; Warren Davidson, of Troy; Bob Gibbs, of Holmes County; Bill Johnson, of Marietta (whose district reaches north to Youngstown); and Bob Latta, of Bowling Green.

Helping pass the Respect for Marriage bill were the ominous words of U.S. Supreme Court Justice Clarence Thomas, in his concurrence in the high court’s anti-abortion Dobbs decision.

In that concurrence, Thomas wrote that the Supreme Court should reconsider, among other decisions, the Obergefell ruling. In a measure of how serious a threat Thomas’ words are seen to be to the Obergefell decision, consider the congressional timing: The Dobbs ruling, including Thomas’ concurrence, was released on June 24; the House passed the Respect for Marriage bill 25 days later. On Capitol Hill, that’s lightning fast.

Meanwhile, the Gallup Poll reports that its annual Values and Beliefs poll, conducted from May 2 through May 22, found “71% percent of Americans say they support legal same-sex marriage, which exceeds the previous high of 70% recorded in 2021.”

Meanwhile, Tuesday was primary election day for party nominations for seats in the Ohio House and state Senate. Candidates were nominated to run in legislative districts gerrymandered by Republican insiders and imposed on voters by a panel of federal judges.

Except for the fact that this is, after all, Ohio, a more absurd set of political circumstances is hard to imagine elsewhere. That’s especially so because the legislative districts used Tuesday, and yet again in November, must be redrawn for 2024’s legislative elections.

In combination, new General Assembly districts in ‘24, the likely election this November of more hard-right Republican state legislators and post-election jockeying for the Ohio House’s speakership will make for a rambunctious 2023-24 legislative session — and could inspire even more social-issue bills. Bottom line: Next year’s General Assembly session may make this year’s seem like a teddy bear’s picnic.

Holy Cow! History: The woman who made the president’s mealtime miserable

Maha Zehery: Why Lima is a great place