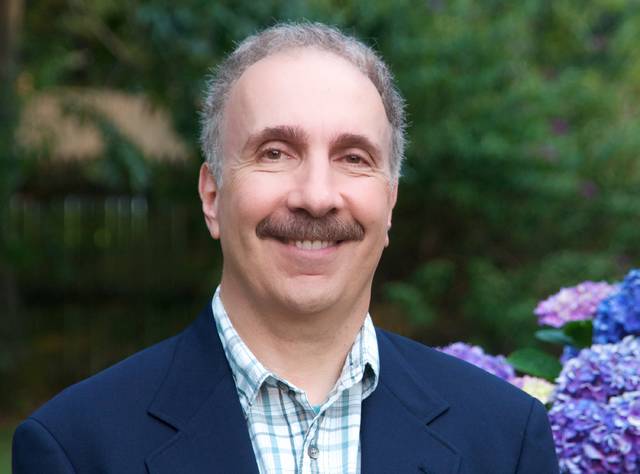 That’s the lesson I learned when I huffed, puffed, sprinted and stumbled while trying to keep up with my granddaughter Chloe as she whizzed down the street on her shiny new bicycle.

I had a bike as a kid and fell on my head before helmets were mandatory, which I use as a feeble excuse for why I still act like a kid. But unlike Chloe, who’s 9, my riding these days is done on a stationary bike at the gym.

“Does this thing have training wheels?” I asked personal trainer Samantha Saper.

“No,” Samantha replied. “It doesn’t even have real wheels.”

“No wonder I’m not going anywhere,” I said after pedaling furiously but not moving.

“It says on the screen that you’ve gone half a mile,” Samantha pointed out. “And you’ve burned 12 calories.”

“Unless I fall off and have an impact with the floor,” I said.

“On a bike like this,” Samantha noted, “there’s not as much pressure on your knees as there would be on a treadmill, where you have to walk or run.”

“Speaking of running,” I said, “my granddaughter just got a new bike. It’s not stationary. And I don’t have a bike of my own, so I’ll have to run after her.”

“You sound like my father,” said Samantha. “He has eight grandchildren and he chases after all of them on their bikes.”

It helps that Samantha’s dad, Bruce Saper, is in good shape.

“You and my dad would hit it off,” said Samantha, 33. “When he chases his grandchildren on their bikes, we always say, ‘Don’t hurt yourself!’ So far, he hasn’t.”

I was hoping not to end up in the back of an ambulance when Chloe and I set off on our journey down the street, she on her slick, colorful bike, I on my huge, lumbering feet.

“I can’t reach the pedals, Poppie,” Chloe said after she had put on her helmet, which sported a big “C” (for her name, though for me it could have stood for “coronary”), and tried to get comfortable on the high perch.

The bike was a little too tall for her, so I lowered the seat to a more manageable height.

“Come on, Poppie!” Chloe exclaimed when I had the delayed reaction of a cartoon character who, with silly sound effects, spins his feet and kicks up a cloud of dust for a full five seconds before taking off. “You’re a slowpoke!”

I worked up a head of steam and caught up. Chloe slowed down so I could keep pace without needing a pacemaker.

“Are you getting tired, Poppie?” she asked.

“Of course not,” I answered, trying not to let my rapid breathing sound like we were going through a wind tunnel.

“And I don’t want to run over your feet,” Chloe added.

I jogged the rest of the way after we turned around and headed back. When we got to the house, Chloe dismounted and said, “Thank you, Poppie. You’re kind of slow, but it was fun.”

“You’re welcome, honey,” I replied. “This was one bike ride I’ll never forget.”