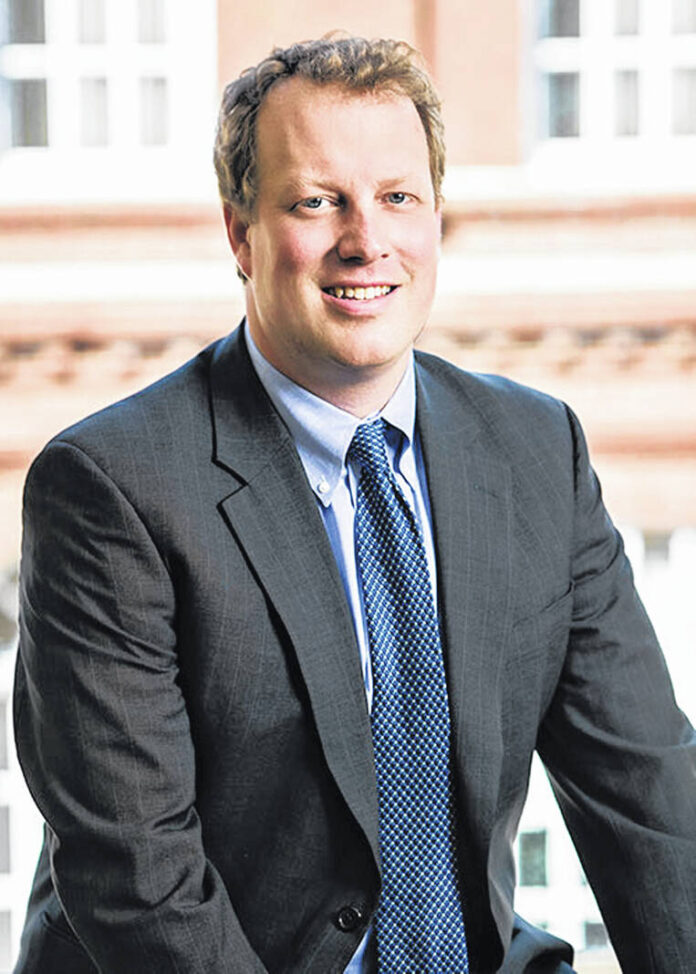 What would the Founders think of the Supreme Court’s decision in Dobbs? Say we do what Bill and Ted did in their “Excellent Adventure.” We jump into a phone-booth-shaped time machine and travel back to 1776 to find Thomas Jefferson and ask him about Dobbs. I see at least two possibilities.

In the first, we encounter the Evil Jefferson. He turns out to be an unrepentant former slaveholder, aghast that women of all races had the right to vote in modern America. In the second, we encounter the Hero Jefferson. This Jefferson reads Dobbs in the vein of the vaunted revolutionary we’ve come to mythologize because he wrote that our freedom is unalienable despite what encroaching governments might say.

The Hero Jefferson shakes his head in anger that the passage of two and half centuries has done so little to cause federal courts to exercise power to protect people from authoritarian government.

Both Jeffersons, and more, are possible. In determining which Jefferson to honor, we must exercise judgment. We must judge one Jefferson as “evil” and make one Jefferson “the hero” for reasons that would cause us to decide which Founding perspective to accept as good authority.

Dobbs, which raises to authority some early American history about the legality of abortion, appears indifferent, at best. It would consider the Evil Jefferson and the Hero Jefferson equally authoritative if it could only verify the existence of one rather than the other. And so Dobbs does not care if it infects constitutional law with evil history — including history so evil that more recent generations had to take action, legislative and judicial, to inoculate us from it.

We are not the same country the Founders forged by law or fact. We are more perfect because of it. No doubt it was world-shaking when some Founders declared independence in 1776 and adopted the state and federal constitutions in the decade or so that followed. Yet, as Justice Thurgood Marshall observed during the bicentennial 200 years later, “(T)he government they devised was defective from the start, requiring several amendments, a civil war and momentous social transformation to attain the system of constitutional government, and its respect for individual freedoms and human rights, we hold as fundamental today.”

That transformation included the very recent — and still partial — recognition of women as citizens with rights. Jefferson’s Declaration of Independence spoke only of men in 1776. One hundred years passed and, still, in 1868, the 14th Amendment failed to mention women while constitutionalizing equality for men. Women could not participate in these enactments because they did not have the right to vote until 1919, a historical fact whose distorting influence on the law the Dobbs court’s undifferentiated acceptance of history fails to fully confront. It was only in 1996 that the court recognized equality for women under the 14th Amendment in United States v. Virginia.

Dobbs entrenches this long history of political subjugation as an authority by failing to judge it evil. To it, the jurisprudence and changed attitudes of the past half-century, a half-century in which the rights of women to vote and hold office first took root, is an aberration. If this is judgment, it is bad judgment.

Let me cast my own judgment. As we celebrate Thomas Jefferson and July 4th, I’d like to imagine that a Better Jefferson would read Dobbs and express concern. He would wonder that a country forged in revolution would continue to appoint judges hidebound to the views of a distant and evil past, a past he sought to retire by memorializing the rights of people against tyranny at the risk of his life and the lives of his contemporaries.

To choose this Jefferson is to admit I am making a choice, a freedom I treasure for as long as I still have it. Dobbs doesn’t believe there is a choice. On this weekend where we celebrate freedom, would you really want to celebrate Founders who’d agree?